The Day I Became a Runner 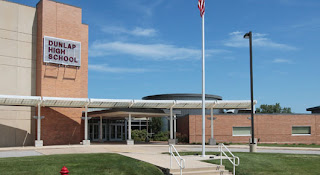 I thought it would be fitting to start my favorite run series with the run that made me a runner. As I’ve said, I started running because my brother ran and because my high school girlfriend was on the Cross Country and Track team. All of this took place my senior year in high school. The school I went to was small and running wasn’t really cool. So most of my senior year I kind of looked the part and ran some. I would not come close to calling myself a runner. On the fateful day I was stuck with only one option and that option was to run.

Posted by David Jewell at 6:25 PM No comments:

What's Your Favorite Place to Run?

I've been asked this one question almost as much as what's your favorite running shoe. Maybe one day I'll find a way to combine the two. My favorite place with a favorite shoe makes for running bliss.
One thing I know is that I've been blessed beyond my wildest dreams to run. What started as something that I did because my brother did and my high school girlfriend challenged me to do has grown to a life. If you asked me then if I'd get this chance, this chance to do what I do for a living or run in the places I've run, I would have laughed.
Starting this week, I will chronicle the places I've run. I'll attempt to tell the story of the run. They include my favorite run of all time, San Elijo Lagoon, Cardiff CA as well as runs in Hong Kong, Eastern China, Eldoret Kenya, Sydney, Germany, NYC, Boston, Miami, Austin, and so much more. And I'm not done, because there is more running to do.
It's a good life......
Dave
Posted by David Jewell at 6:37 PM 1 comment: 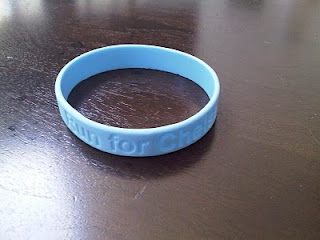 If you don't know by now a young runner was allegedly abducted, sexually assaulted and murdered in the San Diego area last week. She was a high school senior and all she wanted to do that day was run. That's why she was at the park in the first place.
This blue ribbon signifies a solidarity for that young runner Chelsea King. If you need motivation, a reason to get out there and run, Run for Chelsea.
- Run because that's what Chelsea was going to do.
-Run because you can and she can't.
- Run to show her mother and father that you will carry her spirit out there.
- Run to show those sick individuals that you will not let them stop you.
- Run to protect other runners. The more runners there are on the streets and trails the less sickos.
- Run because you have the gift, the gift that is running. That gift that allows you to enjoy the simplicity, the freedom, the energy you gain from every run.
- Run for Chelsea.
It's a good life.....
Dave
Posted by David Jewell at 8:04 PM No comments:

So the story or math goes. Stress your body, give it time to recover and it should improve. Last year I did very little stress workouts. I spent most of the year in steady state effort and really only pushing the stress level up when I raced. Good results followed but I wasn't having as much fun. I like pushing the stress meter. So this year I decided to push the meter and let recovery happen. Fin Camp is a perfect example. Sunday Fin camp is a killer. Push that workout and you push the stress meter. The strength results are highly measurable. I can handle a much higher stress load from doing that one Sunday workout. How long I can continue on the path will be the question. Travel which pulls me away from that Sunday workout should help me recover. This all brings me to today. Stress on the treadmill:
Early morning: 5am start.
Empty Stomach
1% incline
Warm up - 10 minutes
10 X 1K on 6 minutes.
1-2, 3-4, 5-6 were ascending pace by two. 5-6 were 6:30/mile pace.
7 - 8 - 9 -10 were ascending from 6:30 down to 6:00/mile pace.
10 minute cool down.
The general pace was not hard. However this was done indoors on an empty stomach so the depletion rate was high which makes the stress high. Recovery is the key today. If done right this workout will make me stronger. Recovery includes good quality food, lots of water and a spin on the bike. Oh and good sound sleep tonight. The sleep has been hard to come by lately. Panic over idiots out there in the world, people doing things last minutes and the major adjustment from the Chiropractor all add up to fitful sleep. Hopefully tonight is deep.
It's a good life.....
Dave
Posted by David Jewell at 11:14 AM No comments:

What Makes You Strong

Apple: Great
Yesterday on a routine trip to see my friends Chris and Janet I learned something. Mind you there is nothing routine about a trip to see Chris and Janet. They are usually up to something. Currently that something is the Marathon de Salbes - Or a crazy 7 day (marathon a day) run through the Sahara where you carry everything you need. That's right, sleeping bag, spare shoes, food for the 7 days. You get it!
Anyway we were working on something we hope to make one day. This thing is nutritional so I needed to learn the program and get on it. Chris thought it would be cool to test my strength reactions to the items. He would place something in my left hand to hold and would have me create a closed circle with my thumb and ring finger on my right hand. Then he would attempt to open the circle. He tested me with nothing in my left hand and then various other things with really no difference. Then he said "Do you have a phone or a watch?" No watch but my phone was in my pocket. We removed the phone and moved it far away and then started the test again. Nothing in the other hand was strong, Pesticide made me week. Whey protein from animal source was stronger than Whey from plant source. Some supplements had no reaction some made me weaker. By far the thing that made me the weakest was the cell phone. So I really question why I would ever want to run with my cell phone. In fact I'm going to get into the habit of taking it out of my pocket whenever I can and setting it away from me. The thing that made me the absolute strongest - The Apple - Pesticide free of course. Go figure, for me the old saying may be right, an "Apple a day keeps the doctor away".
Every time I go to their house, I walk away with something I didn't know before.
It's a good life....
Dave
Posted by David Jewell at 7:09 AM No comments: