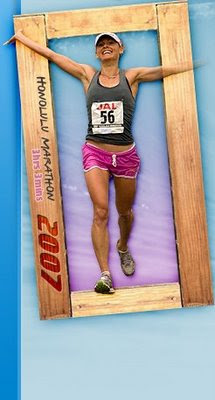 Sunday in Germany. Today is bittersweet. There were three Ironman events around the world today. One in Japan, one in Idaho and one I was signed up for in France. Back in April when it was go time for the race in France, Neptune wasn't looking so good. Knowing Mary and Marco were going to be in the states at this time I couldn't see myself leaving Neptune. I would not have been fair to him nor the people asked to watch him, so I made the decision not to train and not to race. Although it was the right decision I still feel a little bummed. As it turns out, the conditions were perfect, the course was fast and I missed a good day in Nice. Scout and I had a good day here at Home. A 90 minute run in some hot weather along with work around the house made for a good day. There will be other races to be had.

The picture above is of Bree Wee. I wrote a few months ago about being a professional triathlete and I used Bree as the example of truly treating the job right. Today she finished 2nd in Ironman Japan, only her second Ironman ever. It was obviously a good effort and I'm sure she will right about it. But I don't read her blog for the triathlon stuff. I read it for her attitude. She just brings an attitude to like . Take for instance today. Her goal in Japan was to win the race and get here Pro qualifying spot to race in Kona. Only the winner got it. She was second so she doesn't qualify. She has a right to be bummed but instead she said don't send me any "Sorry Bree emails. I don't believe in that kind of stuff, I believe things happen for a reason". It's a good attitude to have. It limits dissapointment. She wouldn't be a professional athlete if she didn't question what she did on the day. The point is she wasn't going to let it get her down. Again, like any blog there are some worthless posts. More often than not Bree brings her good attitude to all her posts.
On another note, it's one thing to get to the dance it's another to dance. This reference is to the Netherlands football team. They were the best team in group play. The scored 9 goals and gave up only 1. Last night when the games really count they couldn't find the ball. Russia totally outplayed them. Russia moves on, the Netherlands go home. Tonight it's Spain and Italy. Spain rolled through group play and Italy skated in, barely. History says, Spain will be like the Netherlands and choke tonight. Italy on the other hand finds ways to win. Game time in 30 minutes.
It's a good life....
Dave
Posted by David Jewell at 10:59 AM