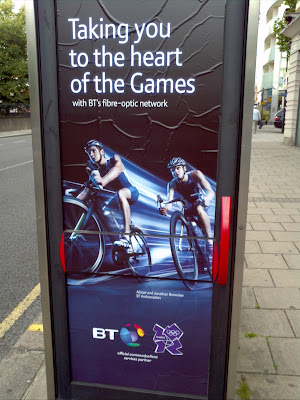 The Brownlee Brothers have huge pressure on them. This photo of them is everywhere. Phone Booths, Buses, in the subway station. The weight of the nation has moved most to greatness. The events last night of 3 British Gold Medals in 45 minutes on the track or Andy Murray beating Roger Federer for Gold. But the pressure has also gotten to a few especially those who were clear favorites. On Tuesday all the guessing will be answered. 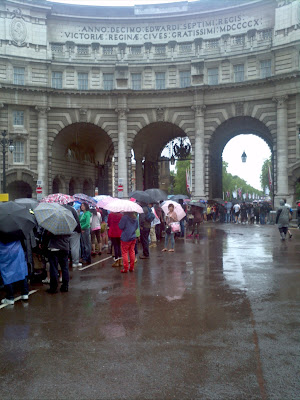 It’s pouring rain at the start of the Marathon. It didn’t slow down the runners and it didn’t stop the fans. 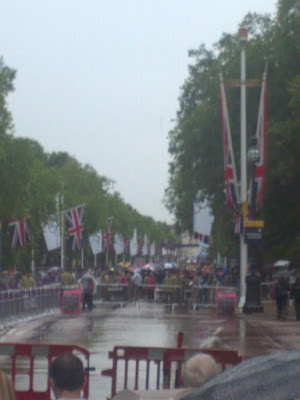 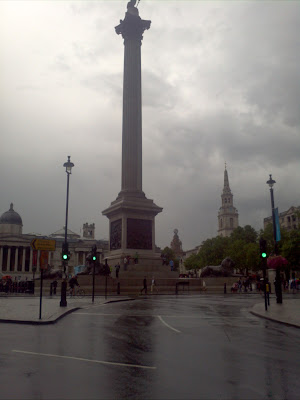 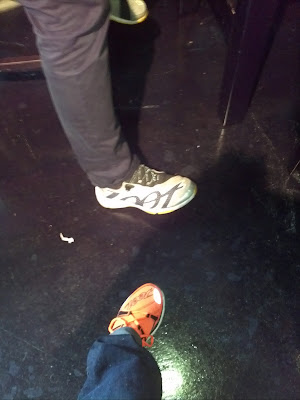 I was cold, wet and needed a break from the rain. I heard the TV coming from a Pub and took the opportunity to get warm. What do I find, a man wearing a pair of Zoot shoes. Tobey from Germany was there with his Greek wife and brother Stephan. We had a great time drinking beer, talking running and of course running shoes. Stephan bought his one ticket for the Olympics one year ago. He debated between events and finally settled on the men’s 10,000 meters. He sat in that stadium in complete Awe of the biggest 45 minutes in British Track History. And he said “I saw a white guy medal in the 10,000”. What a lucky man. Tobey is learning to midfoot run. Do you think I had something to say? 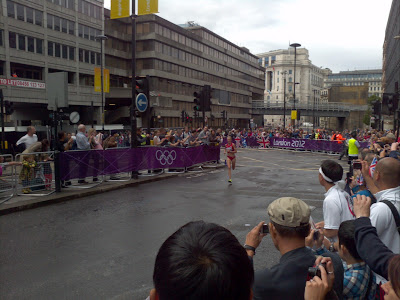 The women at 6K. Big pack that stayed together until 20K. Then the race started and finally at 30K the Africans made their first appearance at the front of the race. What a final 10K it was.