Although I'm in Lake Tahoe to race an Ironman tomorrow my thoughts and energy have been focused on San Diego. The growth of the High School Runner not as a runner but as a young man is so much more important than any race I do. Today was about running though and he absolutely nailed it.

All week he's been working hard. Monday during hill repeats he was the first to the top on every one. Tuesday during PT testing for the Cival Air Patrol he ran 4:48 for the mile. He's simply was working hard. So today was a test.

The invite races are by age/grade. So it's a test for today and it's a test for things to come. He lined up with the Sophomores. No teammates to pace off he was on his own. Reports were that he was confident in the morning but nervous as race time approached. His coach gave this advice "don't go out with the leaders, go out with the second pack and finish strong". I was getting reports via text during the race. Top 10 was what I heard which to me means he's closer to 10 then to 1. Then as the lead runner was coming to the finish I got a live play by play. 16:14 (3.1 miles) won the race, then second and then third and then with incredible excitement in her force Marco came up over the hill in 4th. Only 100 meters to go to hold on. Hold on he did 16:49 (5:25 pace) 4th place. 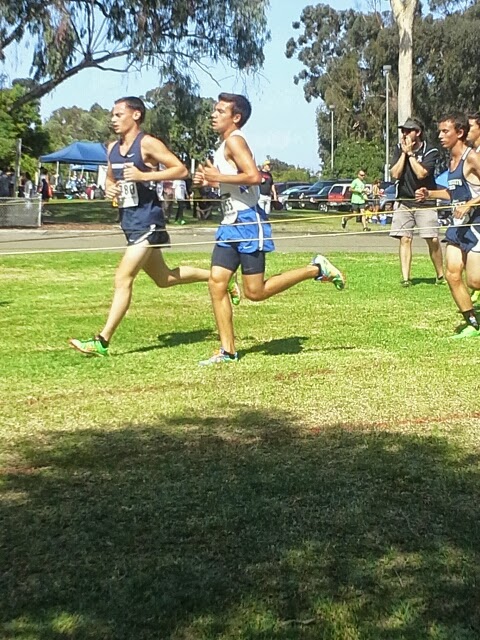 Here he is (on the right just in the picture) chasing two guys. 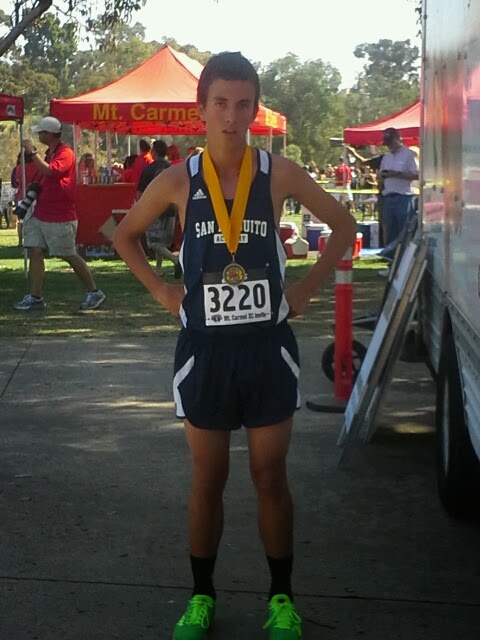