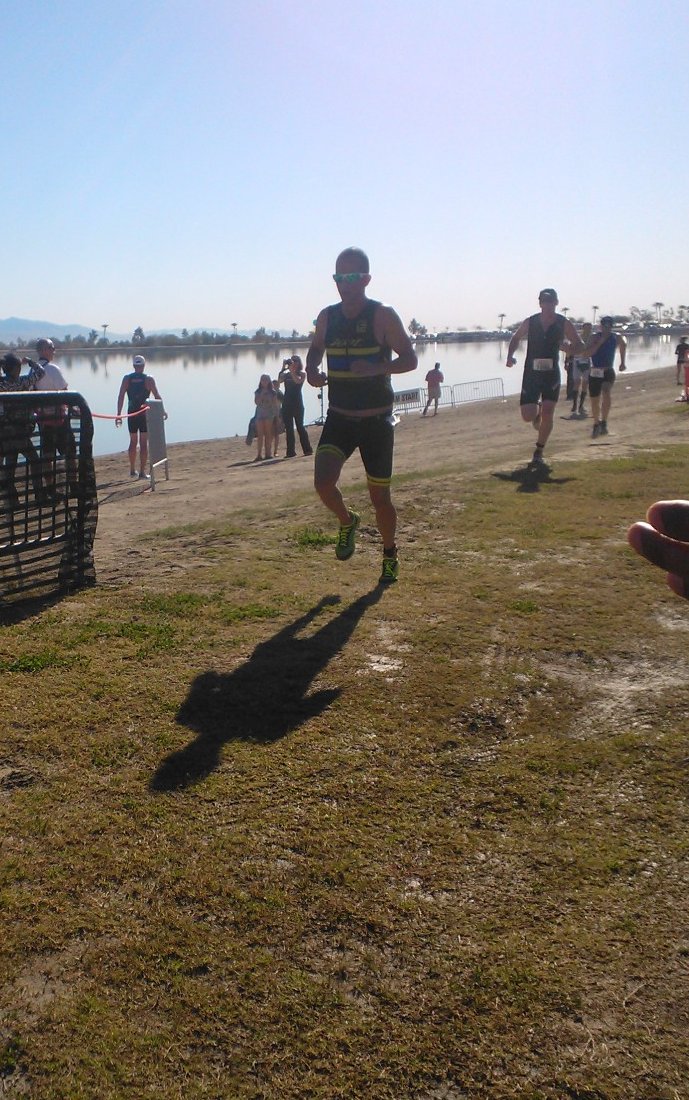 I flew to San Francisco on Friday to work with Javier Gomez. My return flight put me in San Diego at 8:30pm. I picked up Mary and Marco and we drove to Palm Springs. We got to the hotel around midnight and got to bed around 1 am.  3.5 hours later I was up and ready to get to racing.

I chose to do a long warm up riding my bike starting in the dark to the race. I find the older I get and the shorter the event the more warm up I need. The race started fine. A hard sprint to the first turn made sure I wasn't punched, kicked or lost my goggles. I settled into a hard pace and was soon out of the water. Slow as molasses transition and I was out on the bike. I told Marco before the start that my plan was to redline the entire race. LET'S GO, YES, ARG!.......Pace was hard and felt smooth.....On your left was a constant. LET'S GO, YES, ARGGGGGGGGGG! Short little climb to transition (still amazes me that when the road goes up most go backwards). Off the bike with another sluggish transition and I was on my turf the run. LET'S GO, YES, ARGGGGGGGG! Instantly the run felt strong, I could run hard and not feel it. LET's GO, YES, ARGGGGG! I was running through the field. Let's remember that my age group was the 5th to start so the a big part of the race was in front of me. Finally at mile 1 it was silence. Just me, by breathing and my pace. The LET'S GO, YES, ARG! was this dude who road behind me most of the way and who got off the bike with me. He wouldn't shut up. I pushed hard on the run to drop him so I could get some silence. Soon the race was over.

I learned that the training I'm doing is working. In a very short time I went from struggling through a 1/2 marathon, traveled around the world and put in 2 weeks of adjusted training and boom I felt strong the entire way. More on what I"m doing later. 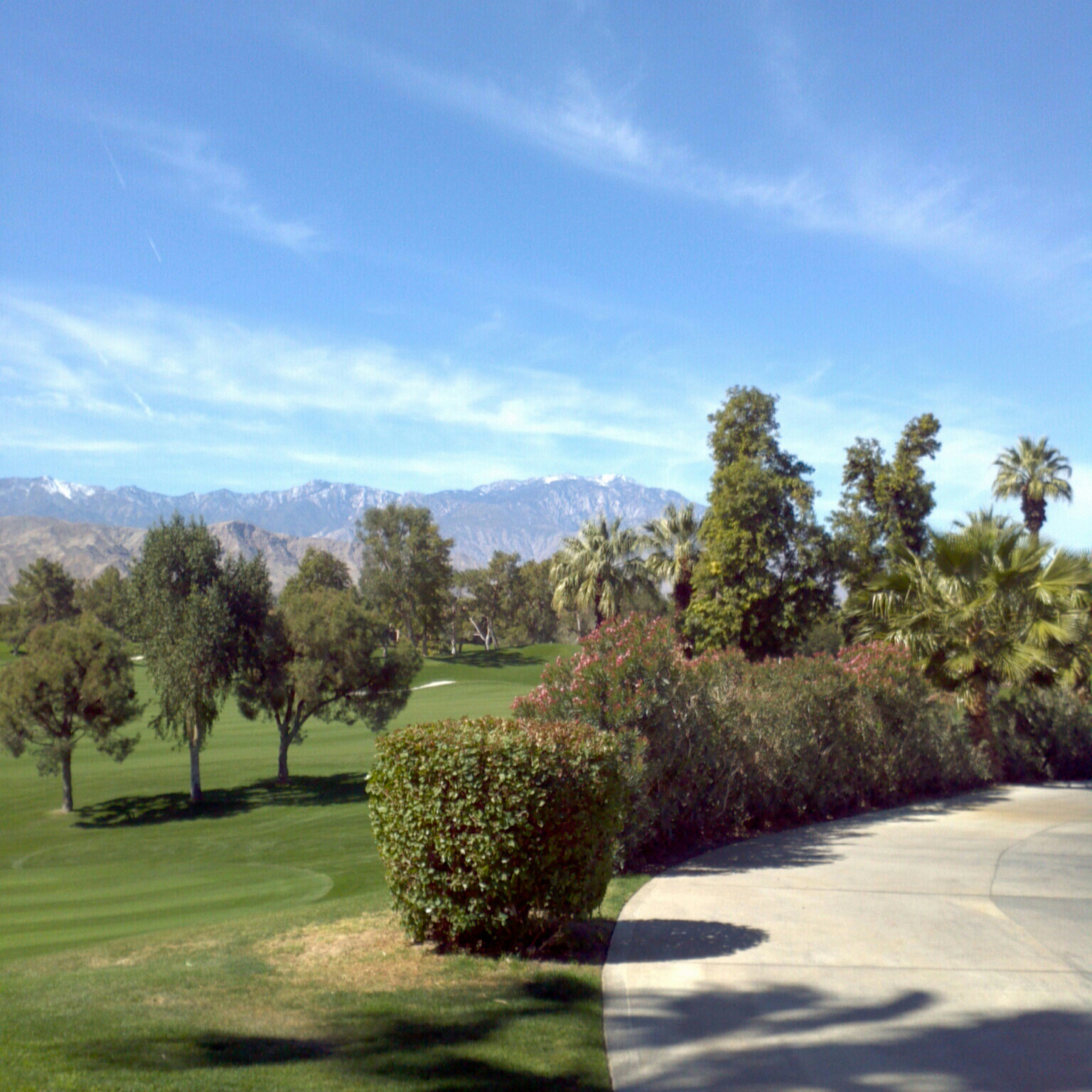 After the race it was some R&R with Mary and Marco. The Desert did not let us down.