And Here We Go

Got a great response from Jocko Wilink after I thanked him for a great message on the Tim Ferriss Podcast. 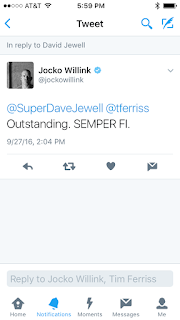 Also on the social media side Preston Smiles came through again with not orginal but a very true statement. 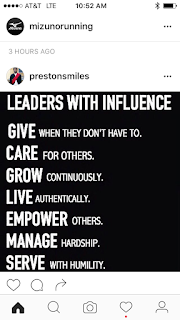 Lastly I had this on my mind as soon as I heard the date. I've run 4 stand alone marathons in my life. 3 on Catalina Island and one time at the Berlin Marathon. I just signed up for my 5th open marathon and the 4th time on Catalina Island. The date of the Cataling Eco Marathon is November 19th. As soon as I heard the race date I knew I had to do it. It's my brother's birthday and no better way for me to celebrate his day then to run a marathon. He's the one who introduced me to running. He passed away two years ago from ALS.
I ran 2 hours this morning on a hot and hilly course. My old roommate and training partner Tim Sheeper did the race last year and won our age group. He ran 4:15. He's no slouch of an athlete. 2 years ago he went 9:45 in Kona and last weekend he went 4:31 in the Santa Cruz 70.3. I've got my goal and my work cut out for me.

We often look at the big brands for their sports heritage. Nike Running and adidas futol come to mind. At adidas the business is broken into three big categories and then a bunch of smaller ones. The three big are Soccer, Running and Originals. Nike is the same way with Running, Basketball and their classics. The sneaker (Orginals and Classics)business is big business where limited edition versions of the old classic shoes come out. The other day Nike sent a mistake shipment of Pegaus 92. 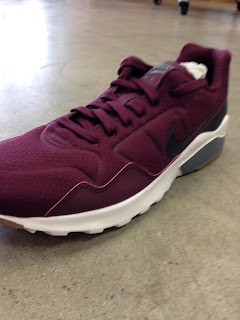 I so much wanted to keep a pair for myself. But just what I need is another pair of shoes.

This morning on my ride I finished coming south on the Coast Highway. In between the famous Swami's surf spot and the not so famous Pipe's there was a school of Dolphin feeding and playing in the surf. It's one of the great benefits of living close to the ocean. Sometimes getting paid in sun is totally worth it. Today was one of those days. I went back to find them but they were gone. The 30 minutes sitting on the rocks was worth it too. 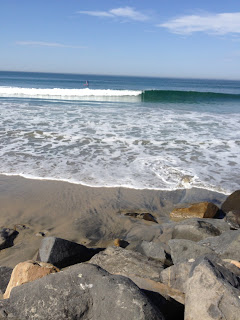 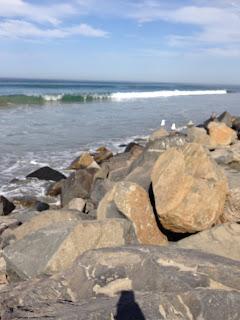 From my post yesterday, the water cleared up enough to swim. I guess that's a good thing. The SuperFrog race is a tough race. It's a beach swim, flat ride on a rough road and then a run that includes lot's of running on the sand (not the hard pack). I prepared as best I could with the limited time I had. It's been 6 weeks since our son went to boot camp and all efforts prior to that were on his transition. Then I got focused on a triathlon. All summer I've been in the ocean swimming and simply playing in the waves. I love the water and I love rough water.

Today we were met with consistently good surf (for surfers). The swim takes place on the north side of the pier. There was a really strong current pushing to the north. They set the turn bouy about 25 feet from the pier. The only option was to hug the pier on the way to that bouy. The current was pushing us away from the pier so hugging the pier was the only option. The surf was breaking underneath the pier and peeling north. The swim is two loops.
The gun went off and everyone took their time entering the surf. I chose a line and headed in. I believe I caught a break and got the easier set of surf. The waves were steep but they were manageable. I had one close call where I swam over a wave just as it curled to break. I made it through and had open ocean. Once through the waves the water was deep enough and the current was weaker. Making the turn was easy and getting to the next bouy to turn towards the beach was also easy. The swim into the beach was directly into the sun so spotting anything on the beach was nearly impossible. Once through the surf the current picked up again and by the time I got on sand I was 50 yards north of the exit point. No problem I got out there and ran down the beach. To start the second lap. This is where it got interesting Either I got tired or the surf set was larger. I got out into the surf and the first wave came. I dove down but not far enough because the back side of the wave took me for a ride. I fought through it to make the second wave. I got through that one fine. Immediately the largest wave of the set came through and threw a swimmer on top of me. I was pinned and out of breath. I stayed calm but it seemed like a long time and by the time I got to the surface the next wave was there and it swept me away. I ended up 50 yards or more from the pier completely winded and broken. I walked up the beach and turned in my chip.


I wasn't the only one, there were many but that's not me trying to ease any pain. There is no pain. Years ago I would have been crushed by this, totally mad at myself and probably used excuses.  The swimmer landing on my head is part of doing the sport. You have to prepare for contingencies and I should have prepared better. Especially as I saw the wave and the swimmer direct in my line. I should have dove down to the sand and hugged the bottom.

I spent the day working in the yard and doing odd jobs around the house and forgot about my morning.

In a recent Tim Ferriss podcast Tim let Jocko Willink answe questions from listeners. Jocko is a former Navy Seal with extensive combat experience. He talks real when the questions come to how he did what he did. He also regularly talks about how much he respects the work of the Marines. I can't help to think of my son every time Jocko talks. You can listen to the podcast and his words of wisdom here: http://fourhourworkweek.com/2016/09/21/jocko-willink-on-discipline-leadership-and-overcoming-doubt/

I'm doing my first 70.3 length triathlon tomorrow. It's the SuperFrog and I entered because proceeds go the the US Military and I'm partial to that these days. The race usually starts on the Navy Base on Coronado but because of construction they moved the start to Imperial Beach (IB). IB sits and the very Southern end of San Diego County. Just south is the mouth of the Tijuana River. When it rains the flow from the river increases and usually pushes the water north closing down the beaches for 15 miles. It rained heavy this week and for days the beach at IB has been closed due to sewage. Postings warn swimmers. Today the beach was closed yet the Triathletes were in the water trying to get used to the surf. I asked a couple of athletes if the beach closure had been lifted. They said "What beach closure". I pointed to the signs. They pointed to the suffers. I simply said using surfers as a judge is not a good idea. They suff in sludge if the waves are good. Then one woman went off on me about how much she knows about the beach closures and that the water was safe. I simply said "I just asked a question, It's your choice to risk your health, you don't need to defend it" Is a triathlon really worth a bacterial infection from sewage in the water? This is not the Olympics folks.

We have a presidential candidate who wants to:

Will Amercia be better off because of those two things?

The great thing is we get to vote on it. 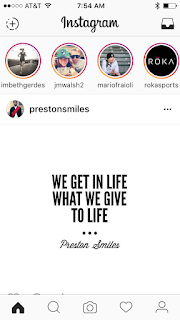 Preston Smiles brings it every day. This one is worth keeping.

Yesterday while sitting in a local coffee shop "Better Buzz", Steven Tyler walked by. He and the boys were recently headlining Kaboo in Del Mar and I guess he stayed around for a bit. Only in Encintitas, does a guy like that walk by without much fan fare.  I can tell you what size shoe and sock John Lynch wears. Your may hear him talking on Sunday's during Fox NFL games and you may remember he game. He was known for his all out smash mouth football. Again he walks around town with nobody bothering him. 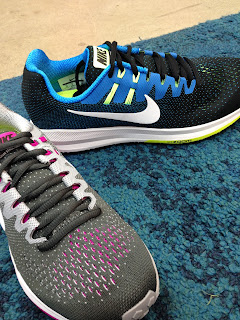 I love what Nike is doing with their running shoes. This is the new Zoom Structure 20. They revolutionized the bottom unit making it smooth and nimble. They continue with engineered uppers that don't have a single supportive overlay meaning they are free to fit your foot. They do all of this keeping the retail price consistent at $120. By the time the rest of the industry introduces their "like" functioning shoes this one will be the best value and unless they really upped their game this one will be the best feeling of the bunch too.