I was contacted by a company to test a new race flat. I put them on the faster Jewell for some testing.

I will let the brand announce them when they are ready. 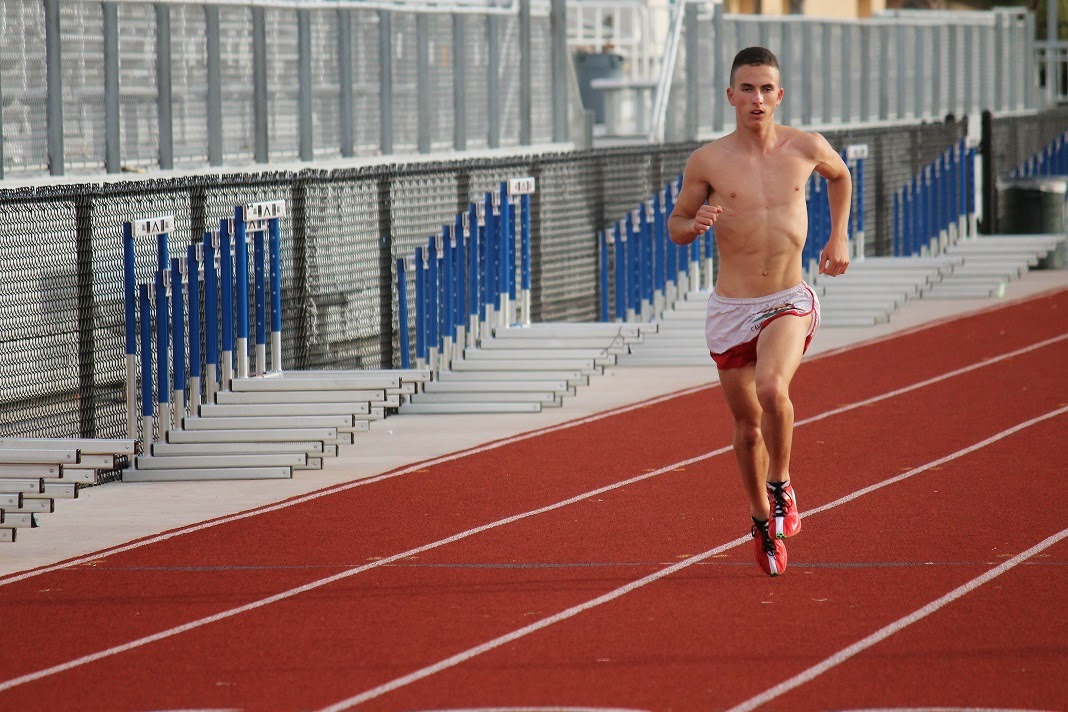 He's suffering from a major cold which explains the Breathe Right Nasal Strip. 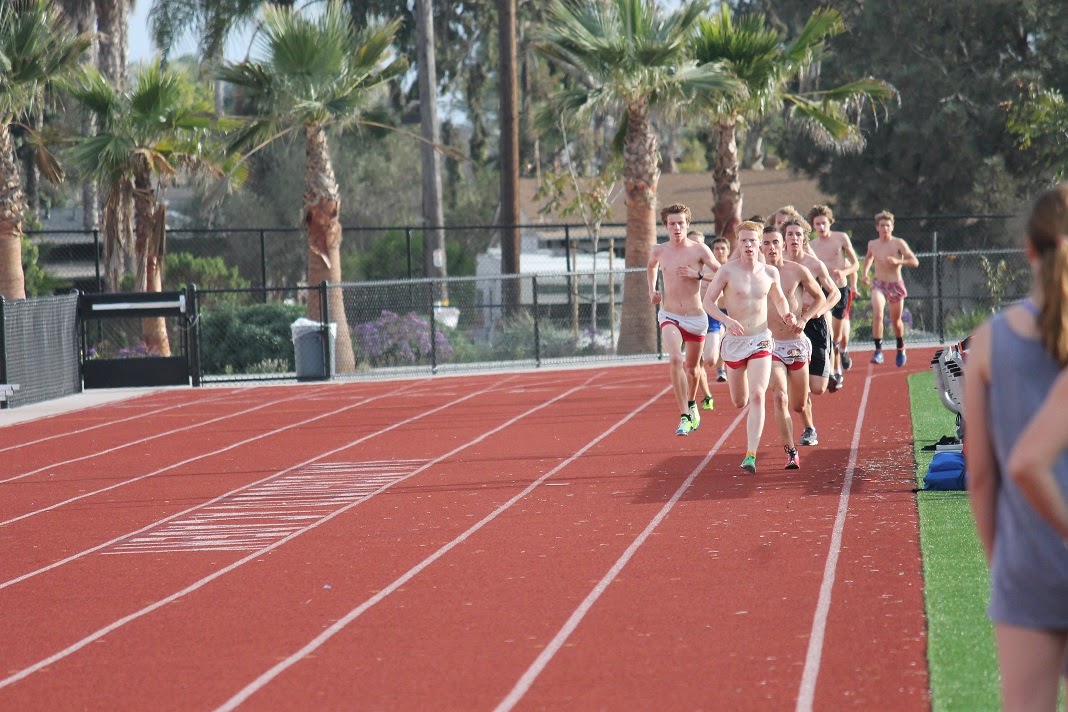 All the boys running a metric mile time trial. 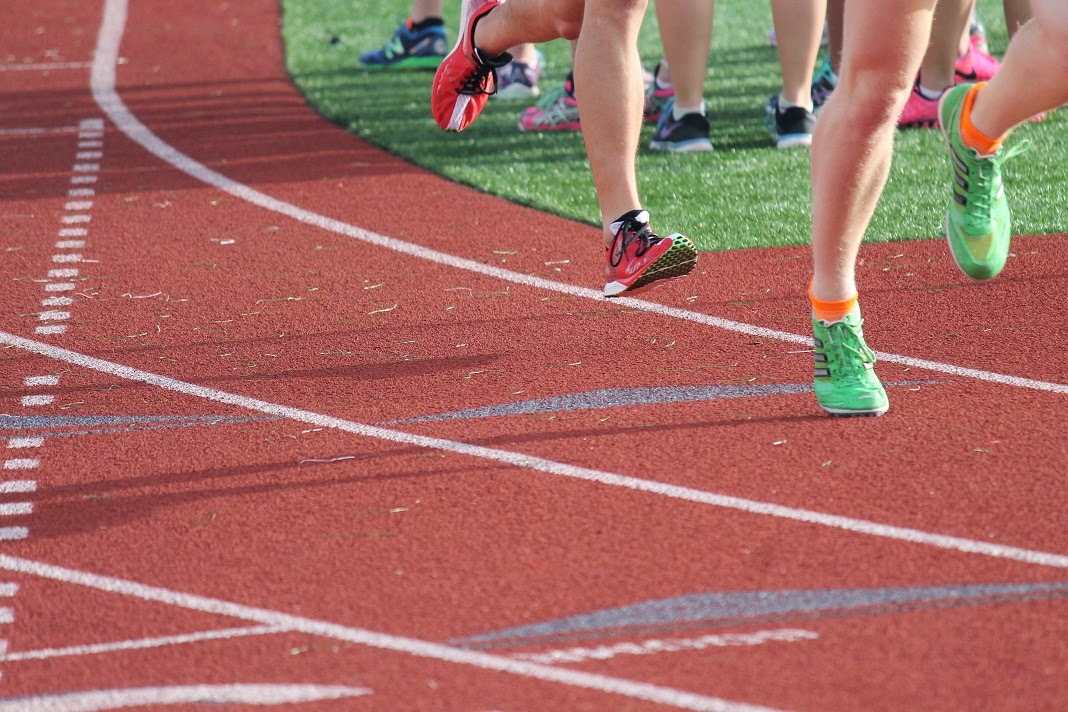 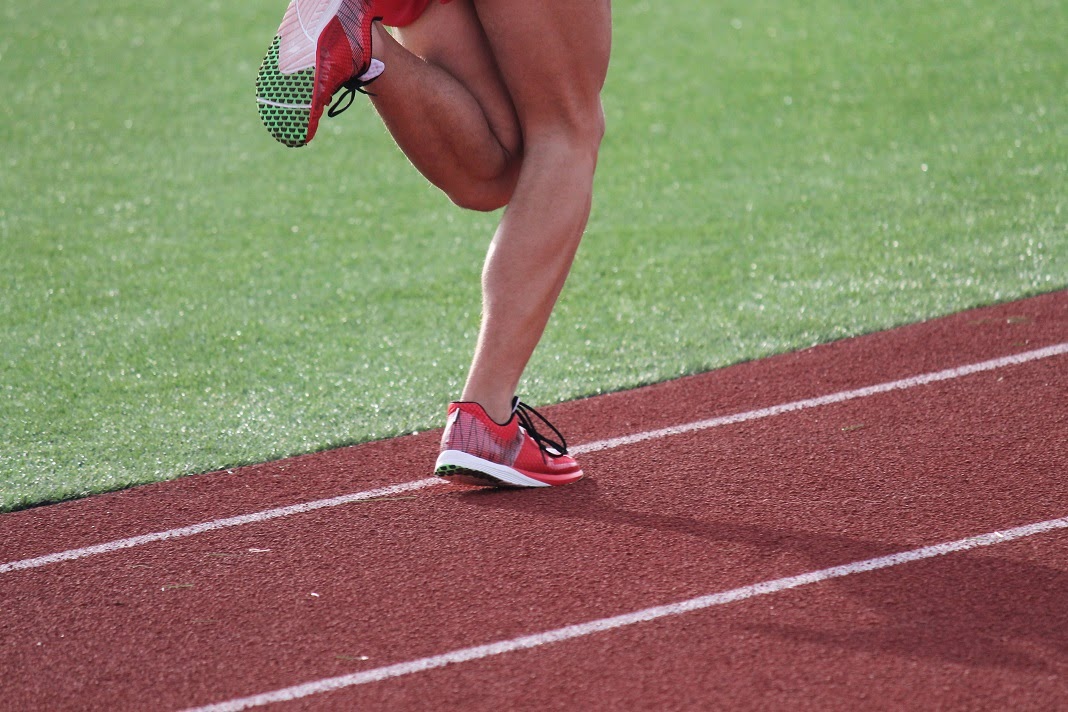 Those are some strong legs.

Email ThisBlogThis!Share to TwitterShare to FacebookShare to Pinterest
Labels: The Runner, Track and Field 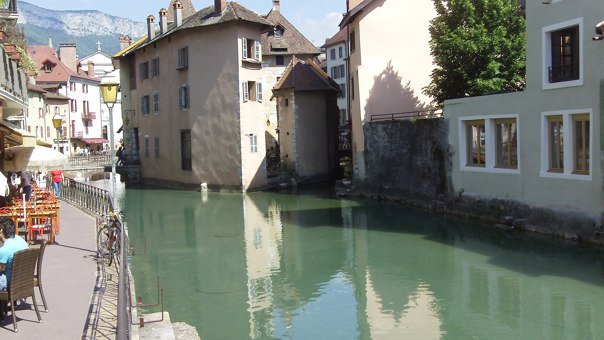 I have probably used this picture too many tines. This is Annecy, France. It's spectacular! I would go back just to sit in this setting again.

When I looked up to 50 year olds I had this vision, of calm, confident, experienced men. Maybe I looked at my father too much. He was an ass in his 30s and 40s but became my father in his 50s. He had those qualities even when things weren't going right. 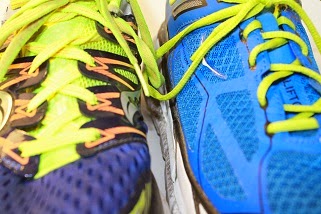 Posted by David Jewell at 7:18 AM No comments: 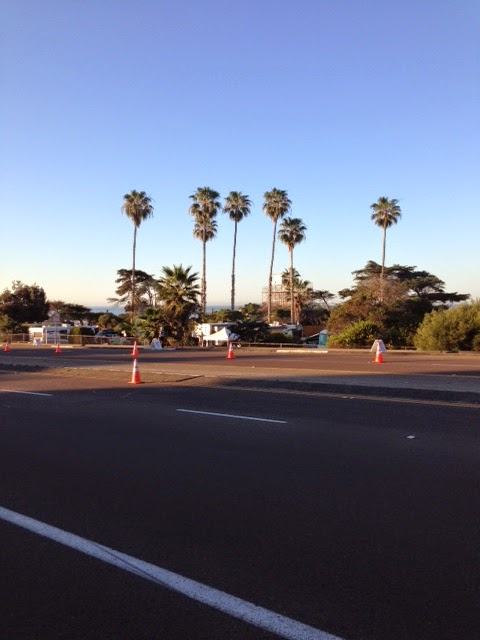 Sunday morning I did my third shoe count in three weeks. It's quite funny that the first one and the third one were in virtually the same place. I'm busy bettering my craft at doing this. Clearly I don't think anyone is as geeky about what people run in as I am. Who else would do this three weeks in a row. Or maybe even 4.

After I did the count I decided to go running. The weather the last 4 days has been summer. It's hot like summer, the nights are warm like summer and the snakes are out.  Recently my running has been hit and miss. The miss is due to incredible tightness in my hips. I've tried to figure out where it's coming from. I've figured out it's the following not in order:

Stress I can control. Hips can be a problem but I've also found with lots of "Ready to Run" practice I can get rid of the pain. So then it comes to #3. I've decided my body can't handle both. heavy weights and heavy running. One of them has to go.

On my run today I put on the HR monitor and set the limit. I use the MAF formula of 180-age+5 which comes to 135. At 135 running is not even an effort. I did a run that typically takes me 60 minutes to do and did it in 1:20 and felt great about it.This included a set of 5 strides at the end.  I finished happier than I started and there was 0 hip pain. 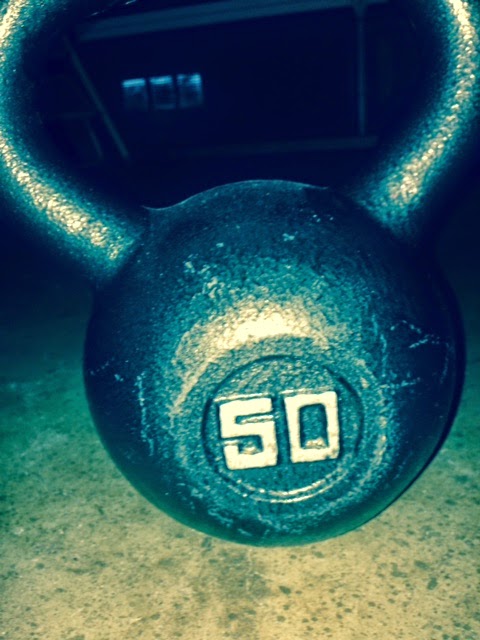 In the late afternoon I hit the heavy weights. My goal is maximum weight lifted. Which is weight x reps x sets. 3900lbs is my level right now. Next week I'll increase that weight. I do this three times a week right now and will do it for 5-6 weeks to make sure I'm really strong. All the while my running will stay pegged at that HR.

Posted by David Jewell at 5:51 PM No comments:

What's Happening With the World of Dave 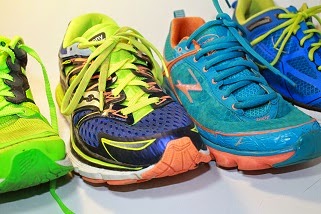 It's been a craze few weeks.

First and foremost the big project is almost ready to launch. www.shoeranger.com is at 90% and should be close to 100% in the next week. This has been an huge effort. Lots of sweat, tears ($$$$) and time spent on a keyboard. The goal from the start is to make the running shoe buying process easier on the runner. That way runners can enjoy running.

You may have noticed that I'm not as frequent on social media. Part of that is because I  feel it's a drain on my time but also because I'm more frequently on the Shoe Ranger social media. You can find them on Facebook and Twitter. 24 hours a day of running shoe information.

If you are in San Diego you've probably seen me at the local running races. Two weeks ago it was the Cardiff Kook, last week San Dieguito Half Marathon and this weekend I'll be on the course at the California 10/20. This is all preparation for another piece of work I'm doing. Next weekend is the real test at the Gasparilla races in Tampa, Florida. It's funny I started my running shoe career and met my future mother-in-law (I didn't know my wife then) at the Gasparilla Distance Classic. I think it's fitting that I start a potentially really cool project at this same event. 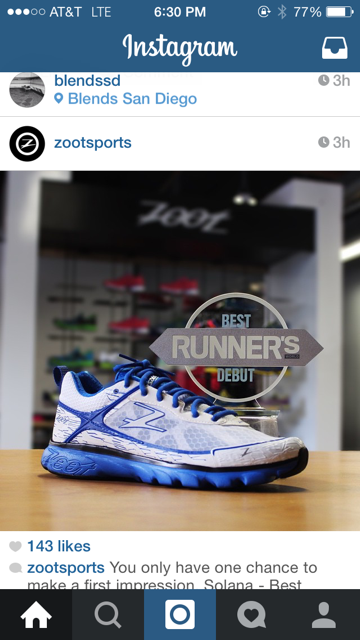 My last day at adidas was spent working on a running shoe. The developers I was working with said "It's your last day, why does this matter?" I said "Because it's important to runners". That shoe the Supernova Adapt went on to win Editor's Choice from Runner's World and the boys at adidas bought be a beer in Boston where they got their trophy.

And here we go again. Not the exact same scenario but close. One of the last things I did at Zoot was make sure these shoes got to Runner's World in time.

The Five Key things it took to build this shoe

A Man in the Making 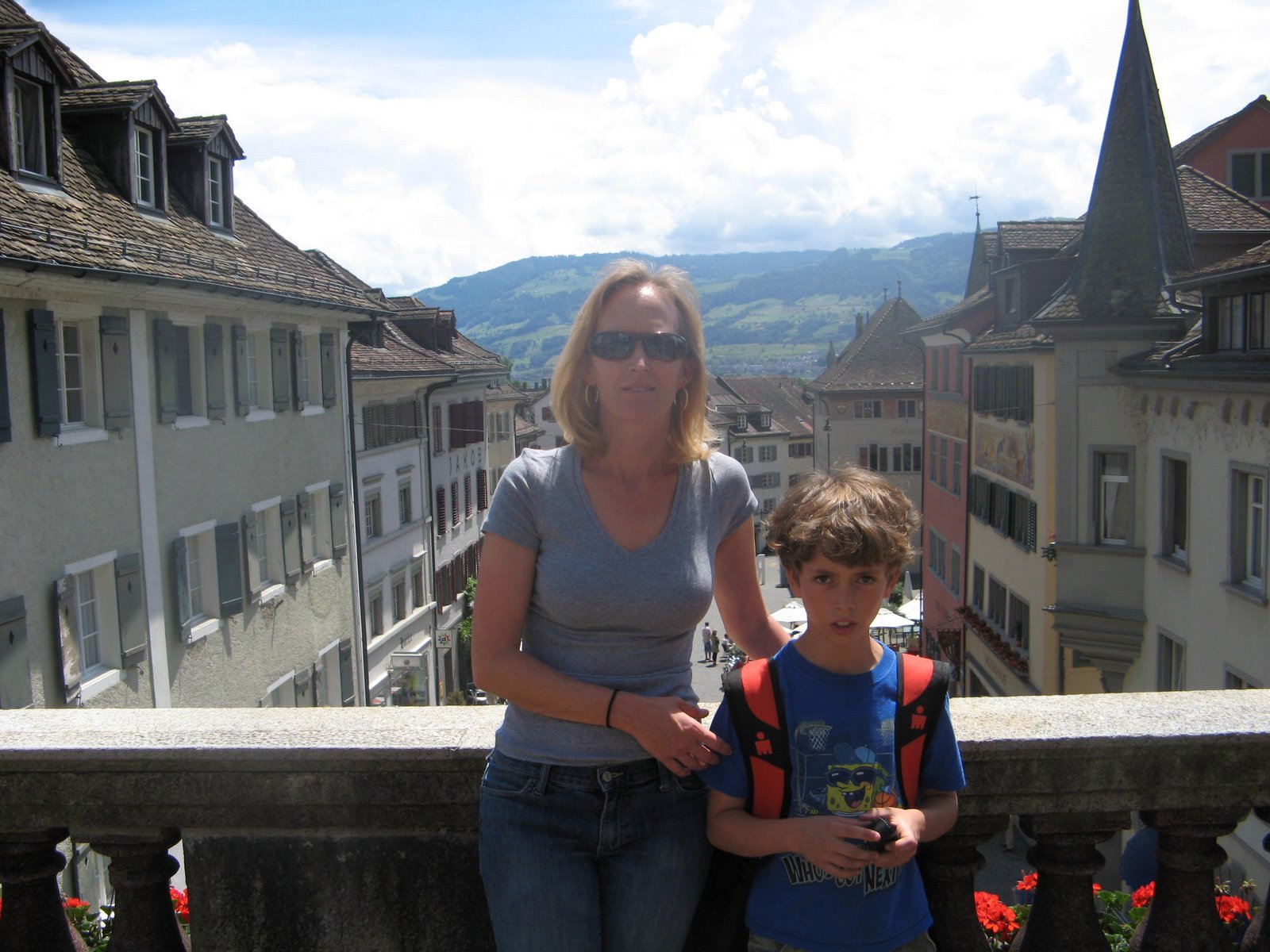 One of the Marines last week suggested we pick up the book Chosen Soldiers. It's a story about how young men become Special Force operators. To clear up the term Special Forces is often misused. In the Military it refers to the Army Green Beret.

A couple things stand out to me.

"You may be deep in country talking to a village chief where you ARE the United States of America" That's a powerful statement.

Then there are stories of these guys who are chosen off the street to become SF. They don't go the standard way of enlisting, doing your time for years and then moving on to SF. They enlist and go strait to SF. So far every one of the stories is this:

I think about our little boy who speaks Spanish fluently and would pick up German again quickly because he lived there. He's been to 27 countries and has given his time to help others the last three summers.

There is not telling if our 16 year old will hold his dream to become a Special Operator. If he does the Army SF would get my vote right now.