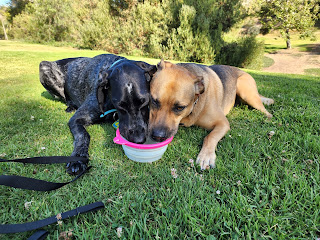 In general I have the same routine year round. It is possible I have talked about a morning routine here before but as always I try to improve it over time. The two variables that have an effect on my routine are my travel and my wife. During the summer neither has an impact. My work travel starts in February ends in June and then resumes in September to the beginning of December. My wife is on her normal summer trip. This year she is gone for a month in Egypt working on her Arabic while teaching English to Sudanese refugees. During the school year her alarm goes off at 5am.

Wake Up - I don`t use an alarm. I wake up when I wake up. During the summer I am usually up around 5:30am. That is when the first light of the day creeps into the room.
Measure HRV - I grab my Polar HR Strap (the best in the market) lay down on the floor downstairs and take a measurement. It takes roughly 5 minutes.
Make Coffee - I get the coffee brewing.
Cold Shower - I sleep hot. During the summer it is hot. The only cooling we get is the regular cooling outside and a ceiling fan. Even in the winter I still sleep hot. So the Cold shower is what I have found to wake me up. It is a miserable feeling jumping into a cold shower but I always feel revived when I get out.
Coffee - Once out of the shower and dried off I have my coffee. I mix in one scoop of Bullet Proof Collagen Powder and a half a teaspoon of Lion`s Mane. The Bullet Proof is protein that my body needs and the Lion`s Mane is to get my brain functioning.
Snack - If I am doing a standard run or a swim I skip the snack. If I am doing a hard/long run or intervals on the bike I have a snack of GF toast with peanut butter and honey.
Write in my Journal
Dog - By 6:15 we are out the door on a walk. We have a small canyon in our neighborhood where she can run free. I do some hip mobility and stretching as I walk along. The walk is usually 20 minutes but can stretch to 40 if one her friends is also in the park.
Usually around 7 I head out the door to work out. Nothing is exact in the process. Today for instance I think I left the house to run my normal 10 on Sunday at 7:40. 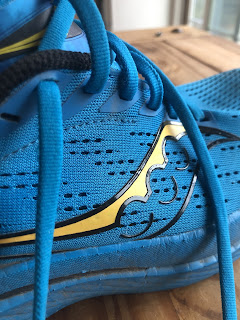 The Endorphin Speed is the best shoe to come out of the Super Shoe craze. The Power Run PB foam is just plain fun under your foot. The Speed Roll  in the forefoot just ensures your roll off the toe is smooth and the TPU plate offers some resilience. It is not nearly as stiff as the carbon plates in all the super shoes. Put all of this together and this shoe just feels outstanding. The Endorphin Speed and the Endorphin Speed 2 had the same midsole with some upper modifications. The Endorphin Speed 3 has a new midsole and a new upper.
Honestly I don`t think anyone will notice the change in midsole. It is visually different but functionally the exact same. That is a good thing.
The upper is a very good update. If I had any complaints on the first two versions it was that the uppers stretched too much. Both the original and 2nd version got a bit sloppy at the end. The upper on the Speed 3 won`t do that. It will hold up and probably won`t stretch too much.
Every day I run around the world in places where there are runners I see someone in the Endorphin Speed. On Thursday on a one hour run at mid morning I saw two runners. One was in the Endorphin Speed 2. Today while running down the coast for the start of my 10 miles I saw at least 2 people running in it. There is no doubt in my mind this is the hottest shoe to come out over the last 3 years that is not a super racing shoe. Go to any running store near you and try it on. I bet you go home with it.
Posted by David Jewell at 3:10 PM

Email ThisBlogThis!Share to TwitterShare to FacebookShare to Pinterest
Labels: Fit Past 50, Running Shoes, The Body